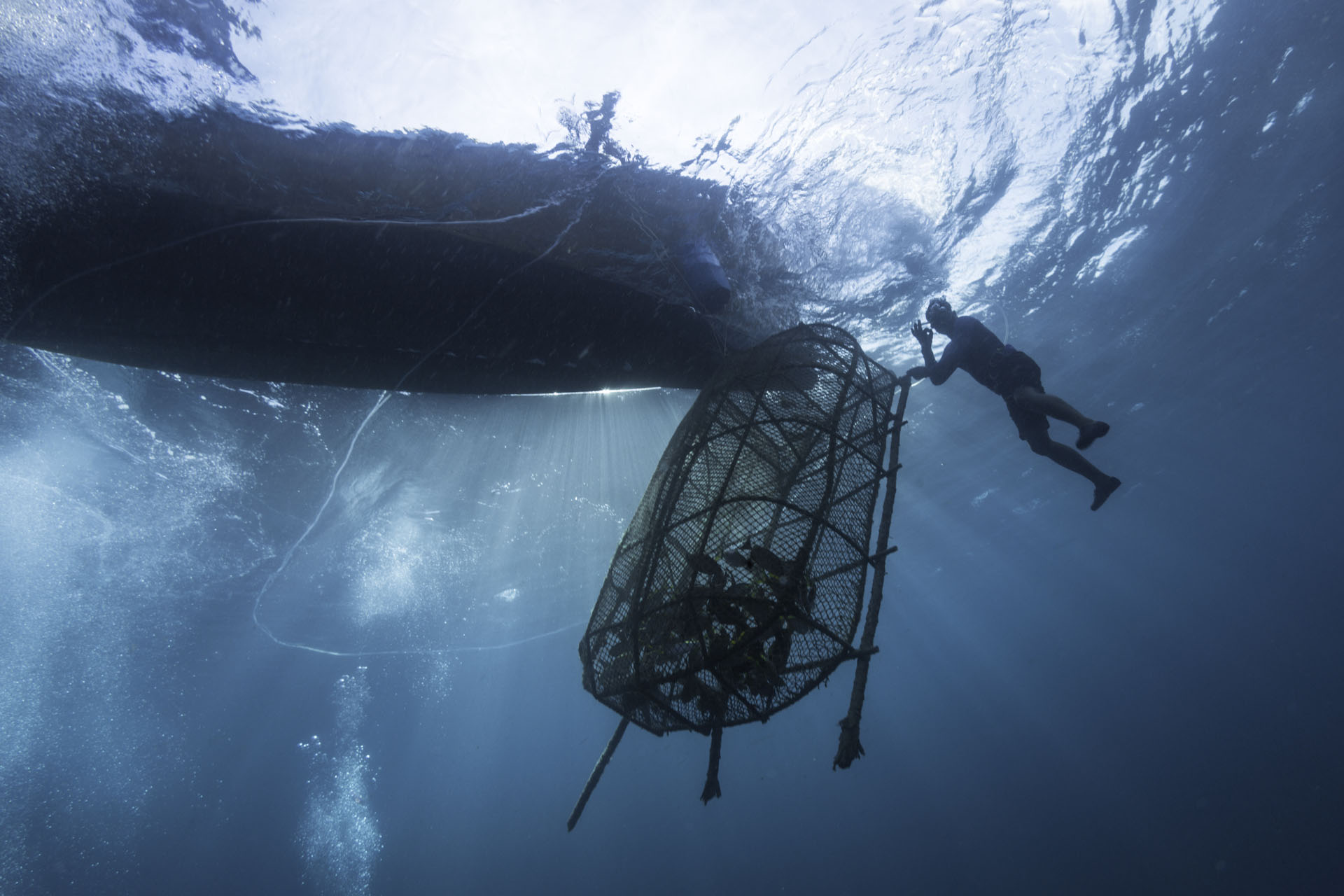 Urak Lawoi – Fishing Beyond The Point Of Return

When someone mentions fishing you must think of Sunday morning, some rods and a few fishing floats dancing in the water while fisherman sips a cup of tea. As you guys might know, there are many ways of fishing, and some of them are downright bad for our oceans, like blast fishing, bottom trawling… and some of them are downright crazy like the way Urak Lawoi (Sea Gypsies, indigenous people of Adang Archipelago ) do it. They use fish traps, made out of wood and thick net. It is arguably one of the best ways to fish and not hurt the coral reefs and other marine life. I’ve been going to Koh Lipe for quite some time now, probably five years. For two years I had no idea about Urak Lawoi and the way they live and that they were the first people to settle on this island. After had found out I have set on the mission to document their lifestyle and, as a diver, I could not get my mind around their way of fishing. I know a few people around the Urak Lawoi community and I managed to get on the boat with them and see how they do it first hand. We meet the guys at the beach, and it’s a lively group talking and laughing while sorting out their gear. I rush to get to the boat to make as less impact as possible to their routine they just say “cha cha” which is a local term for slowly… “Cha cha” might be the perfect word to describe life at Koh Lipe.

I can see the compressor that supplies the divers with air. It runs on gasoline, it’s old, greasy and contains no air filters whatsoever

At the back of the boat, I can see the compressor that supplies the divers with air. It runs on gasoline, it’s old, greasy and contains no air filters whatsoever. There are two wheels with a belt around them, the engine runs one and it transfers power to the other wheel which pumps the air. Basic with no backup. Hoses stick out of the compressor and are neatly coiled in the middle of the boat. Divers put on the weights (before they used stones on the rope), take the masks and put the air hose in them, yes you read that right into the mask. The reason for that is that it’s much easier to breathe through the nose while the air escapes through the mask. They would not be able to breathe a continues flow of air with the hose directly in their mouth. The captain turns on the compressor and divers jump into the water. One person controls the air hoses, so they don’t get tangled as the divers search for traps. Underwater is a different world. Everything is slower, divers with no fins swim skillfully through the water with such ease as they would walk on the ground. If the currents are strong, they would search for a rock and run on the sea floor. They use the triangulation method to find where they left the trap. When they see a fishing trap, they inspect if there is fish in it. If the fish trap is empty, the few ones that get caught are released, especially the endangered ones.

If the currents are strong, they would search for a rock and run on the sea floor.

If enough fish is in the trap they move all of the rocks around the trap, and one of the divers takes a big bucket, fills it up with air to bring the trap to the surface. Until that time other diver waits on the bottom. The trap and the diver go up together in what I would say, not a very slow fashion. They go from 30 meters to surface in around 10-15 seconds. With this fast accent, they risk getting decompression sickness which is a condition arising from dissolved gases coming out of solution into bubbles inside the body on depressurization. The locals call it nam beep. Every year on Koh Lipe a few people get this condition, and usually, after that, you can see their walk has been affected.

The trap and the diver go up together in what I would say, not a very slow fashion. They go from 30 meters to surface in around 10-15 seconds

When the trap reaches the surface, one of the guys on the boat grabs it while the diver gets onto the boat and help him empty the trap. Unwanted or endangered species are returned to the sea. They also gathered seafood this way, using compressors to dive. They stayed 2-3 hours underwater at a depth of 30 meters. That must have been hard for the body even if they avoided decompression sickness.

They stayed 2-3 hours underwater at a depth of 30 meters.

As the trap is being emptied, Mr. Chang, Urak Lawoi who organized me this trip, tells me scary stories of compressors malfunctioning while divers are 30 meters deep and as soon as the airflow would stop they would frantically swim for the surface. Sometimes the wind would take exhaust fumes to the valve and the divers would pass out underwater not even having a chance to take another breath. After the trap has been emptied the diver from the surface returns it down while the other one helps him secure it to the sea floor. If they have a few more traps around the area, they search for them, and the process is the same. They would do this 15-20 times a day and usually around half moon when the tide changes are not strong. Protecting the reefs and educating the fishermen

This way of fishing is far more sustainable than many others that are causing havoc with the coral reefs and destroying any trace of underwater life. The fact is that fishing will not stop, but working with the fishermen on finding the least invasive methods is something we should aim for and also educate them more about the sea life and that if the corals disappear fish will do too. As fellow divers, we should also explain to them what nam beep is (Urak Lawoi term for decompression sickness) how to minimize the risks and to be safe while diving.