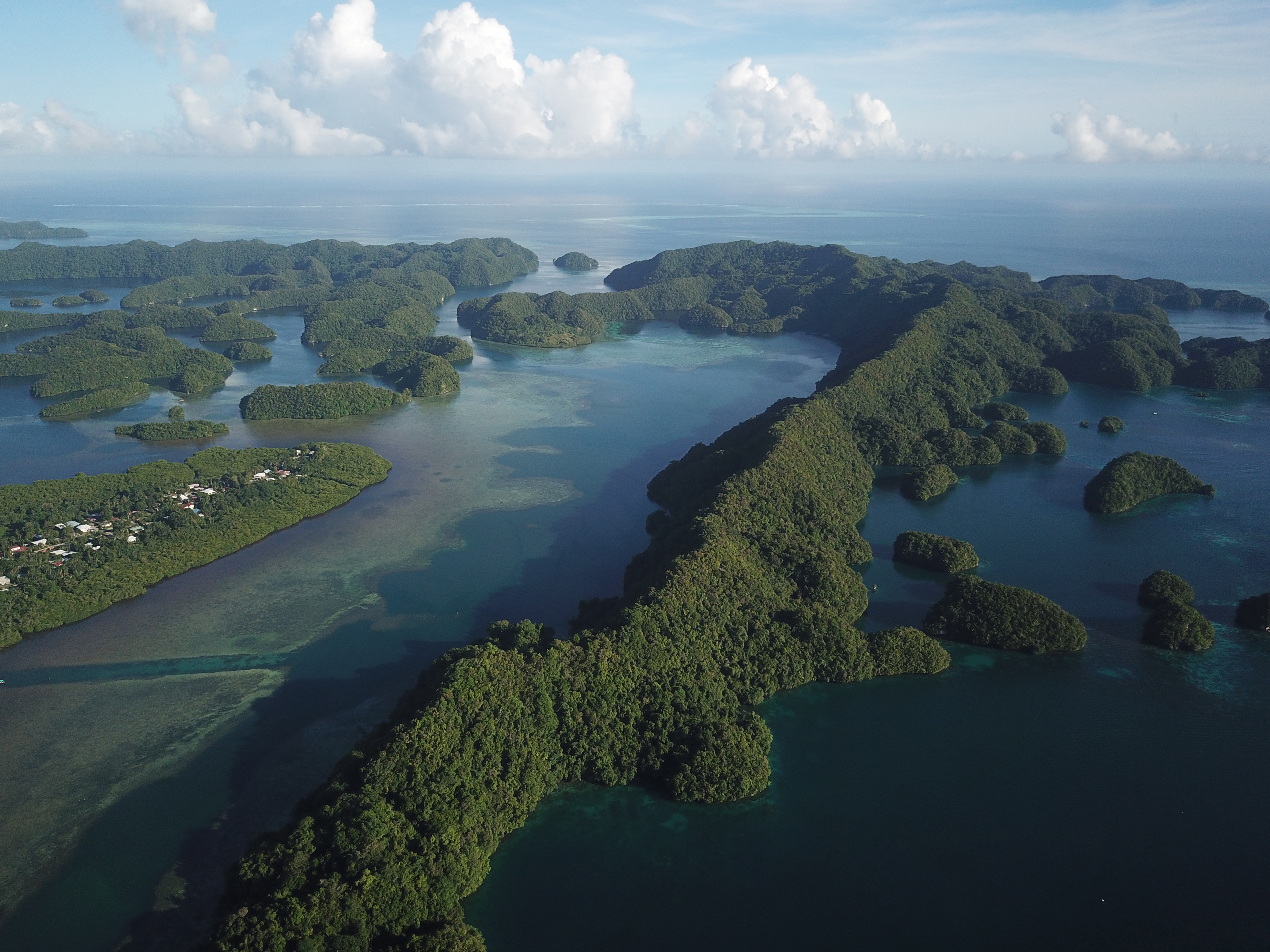 Amazing Palau And The Mistakes I Made

It’s 6AM and I am saying goodbye to my friends in Shenzhen and trying to catch an airplane to Taipei from Hong Kong. I am a traveller, but not a backpacker. The reason is, I have so much equipment that my back could not handle that backpack. Therefore I really don’t know why I decided to go to Hong Kong by train. Let’s call that a Mistake number 1. In five minutes I am sweaty and while I’m reaching the metro, the sweat is dripping off of me. The metro ride is nice- air-con, not many people… Finally I reach the border. While I was walking towards it, the Mistake number 1 continued. Lots of walking through immigration, long lines and my three bags weren’t making it any easier. I went through immigration without a problem and guess what, more walking until I finally reached a taxi station. Mistake number 1 finished.

I lost some time I did not plan to. Long walks and big lines. I got to a taxi, checking the time and it seemed OK. We reached the airport just in time. I’m walking to a check-in counter and guess what? I need a return ticket from Palau. That is my Mistake number 2. I know that I need a return ticket, but most of the time they don’t check it. Since I never know how long and where I’m gonna stay, I always try not to buy a return ticket. This time it backfired. Time is limited, trying to find the cheapest ticket online, I find one with United Airlines, try to buy it, and what a surprise, there is no Serbia on the payment list. I manage to buy one via China Airlines.

I always try not to buy a return ticket. This time it backfired.

I always wonder how people manage to be late for the airplanes and there I am with my belt, passport and ticket in my hand running to board the plane and at the same time holding my pants and hoping they will not fall off.. It was a last call for boarding, and fortunately I arrived just in time. I arrived to Taipei, boarded another plane with no fuss, all went smooth. As I arrived in Koror, Palau, Mistake number 3 was just sitting there, looking at me with the big grin on it’s face. I filled up my immigration card but totally forgot the name of my guest house. Left it blank and there it was. Mistake number 3. The officer asked me about where I was staying and I was like ‘I don’t know, I forgot’. It was a ‘Step to the side mister’ for me. There was no internet at the airport, so that was not making things easier. I told them that a pick-up was waiting in front and that they should look for them, they know the name. They did it and after 20 minutes they let me through.

As I arrived in Koror, Palau, Mistake number 3 was just sitting there, looking at me with the big grin on it’s face.

As I went out I noticed these two dudes, Filipinos, looking rather young and they were my pick-up. We put everything in the car and the younger looking one Filipino gets behind the wheel and starts driving. I’m thinking he doesn’t even have a licence and he drives slowly. But, what I found out later is that everybody in Palau drives slowly and the guys who picked me up were really amazing and funny guys. I arrived to my accommodation, a small room, but it had everything I needed. Tired of mistaking all day, I fall asleep almost immediately. I was woken up by unpleasant shaking of my bed. What I mean by unpleasant is that I wasn’t the one shaking it and there was no girl beside me. So it was a complete involuntary shaking of a bed which I did not enjoy. After a few seconds I realized the whole room was shaking and I had not been drinking the previous night, so that was not the reason.

So that was also a complete involuntary shaking of the room. It took me a while to realize it was an earthquake. When I did realize it, I was about to leave the room, tired, thinking can’t I just have some sleep, I just need a rest, lots of rest. And the shaking stopped. I stopped also. Standing there in my underpants waiting to see if it was over and thinking if I should go back to bed. I went back to sleep.

I guess, you could say, I came to Palau with a bang.

When diving, small mistakes add up to a big one

I rested for a few days to cure the jet lag and then I finally prepared the diving gear and submerged myself into the world with almost no sound. And what do you know, this truly is an amazing place to dive. The first dives were at Virgin Blue Hole. I think it got the name by it’s similar dive site called The Blue Hole and was far larger if you get my point. After that we went diving all around the place from Jake Seaplane to Ulong channel, German channel but nothing could have prepared me for Peleilu. We prepared the gear, boarded the boat and off we went. 30 minutes passed, and all of a sudden the beeping noise and the boat stopped. The captain checked the engines and we had lost all of the oil through a cut on the hose. The boat sluggishly floated to the German channel. While we went for a dive there, the boat was repaired. We finished the dive and the dive master decided we should go to Peleilu Express which we did, which, by the headline above, you can see was a bad idea. The first dive went ok, strong currents, sharks, a normal dive at Peleilu. The second dive was with even stronger currents, less fish and much more confusion.

I was holding myself from not flying away into the blue.

The current was taking us to a drop off and the dive master signaled it was too late for hooking, so, because I carried my camera, with one hand I could not take the hook from a pocket and find a place to hook up. I grabbed a stone with one arm, camera in the other and hung there like a reversed Superman. I was holding myself from not flying away into the blue. The current was ripping, swells were felt, making currents even stronger. I positioned my head so it doesn’t rip of my mask which was very tiring. After 10 minutes we let go into the blue and that’s where more problems started…